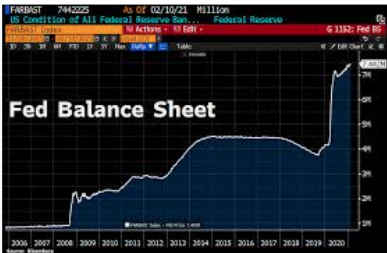 Taking a step back for a moment, recognizing the landscape for 2022 doesn’t inspire a great deal of positive market sentiment, we are better able to see the forest for the trees. Recall that in 2020, with a pandemic-influenced, self-induced economic shutdown, the S&P 500 rose some 18 percent. In 2021, the S&P 500 rose another 28 percent. Those gains are not all erased, but a consolidation of those gains is a normal process investors should appreciate. Why do I say investors should appreciate price consolidation? 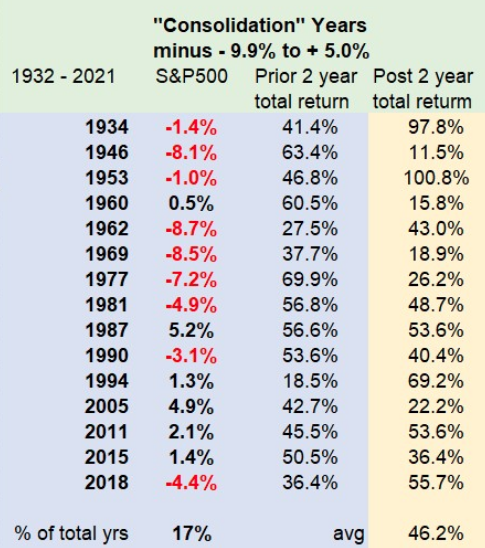 A strong 2-year performance, as noted in the 3rd column above, often leads to some degree of price consolidation in the 3rd year. From that point, the following 2-year returns are rather substantial. The average 2-year return, since 1934 and after a consolidation year is 46 percent. This is where I repeat what I offered previously:

The guiding principle of the ERP is that the higher the ERP, the better the equity market tends to perform as investors believe they will capture better growth on each dollar invested in the equity market, relative to what they might get from a Treasury bond. With that in mind, we recognize that during a rate hike regime, Treasury bond yields tend to climb, which subsequently puts pressure on the ERP to the downside.

The chart of the 10-year Treasury yield (TNX) above recognizes its year-to-date performance. It’s clear to see that the 10-year Treasury yield has risen sharply, pricing in future rate hikes from the Federal Reserve as well as the unwinding of the Federal Reserves balance sheet. Ergo, when the so-called “riskless” rate climbs, the ERP falls, which it has also done here in 2022. 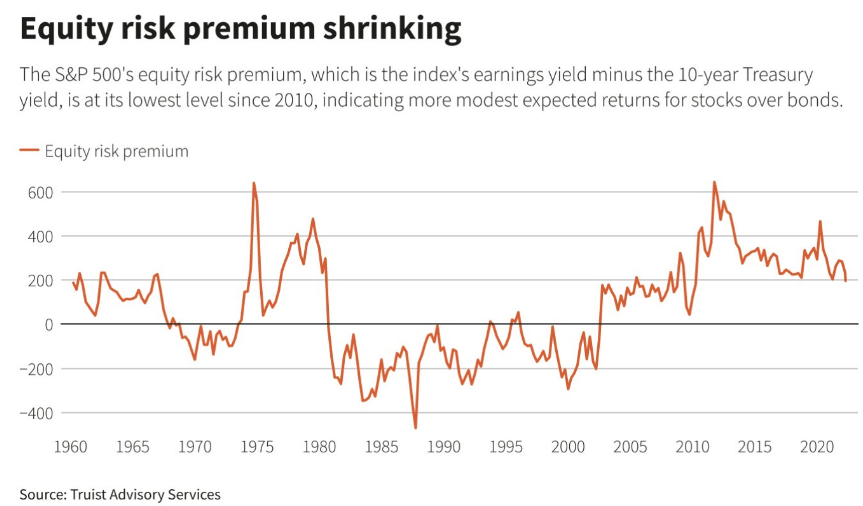 Looking at the chart of the ERP above, we can see the clear downtrend into 2022 and year-to-date. The shrinking or declining ERP reinforces why investors should be in strong companies/stocks; they should own stocks with growth, strong balance sheets, and a proven track record. In an environment where the ERP is lesser than previous years, unprofitable companies or companies that have extremely high valuations are often sold on the slightest concern or underwhelming earnings performance. Why? Again it is a matter of where can the investor capture the greatest return for their dollar invested with respect to the perceived riskless bonds. When the bond yield becomes more appetizing/higher, the high valuation stock that doesn’t deliver the growth it had previously is likely to be disposed of in favor of the riskless bond. Netflix (NFLX) is a perfect example of a HIGH valuation and formerly HIGH growth stock that underperformed investor expectations during a lower ERP cycle and investors disposed of the stock en masse.

Can we validate the causation for the S&P 500’s decline post the Thursday opening bell and chairman Powell’s comments? Yes, I believe we can and by looking at the opposing move higher in the 10-year Treasury yield. (chart below)

As we can see in the chart of the 10-year Treasury yield above, almost as soon as Jerome Powell fielded questions on rate hikes, the 10-year yield spiked, the ERP fell and the S&P 500 fell accordingly. Knowing the whys of what happened doesn’t change anything, it simply serves to recognize the power of higher rates, how they might plague our quantitative studies going forward, and how quickly markets discount future rate hikes. Secondly, knowing the whys helps to inform that nothing taking place today is a “black swan” event in the making, but rather normal and to-be-expected. ERP moves lower, rates move higher, equities deliver volatility and less robust returns. It’s an environment where the famous Franklin D. Roosevelt adage comes to mind: “Only Thing We Have to Fear Is Fear Itself.” 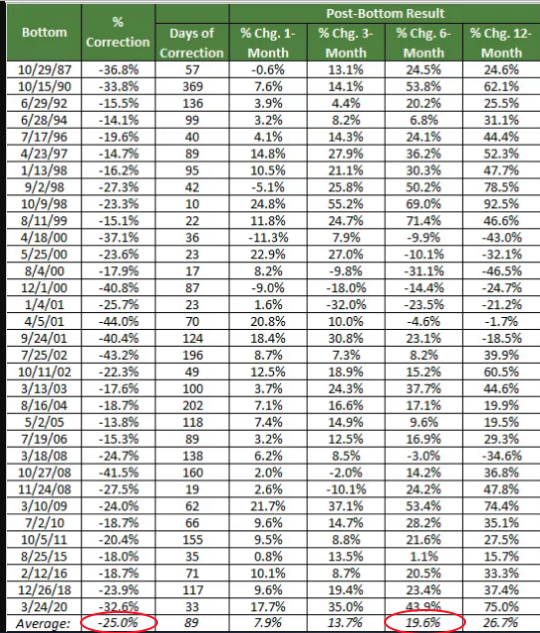 “The US LEI rose again in March despite headwinds from the war in Ukraine,” said Ataman Ozyildirim, Senior Director of Economic Research at The Conference Board. “This broad-based improvement signals economic growth is likely to continue through 2022 despite volatile stock prices and weakening business and consumer expectations. The Conference Board projects 3.0 percent year-over-year US GDP growth in 2022, which is slower than the 5.6 percent pace of 2021, but still well above pre-covid trend. This rate also reflects a 0.5 ppt downgrade incorporated in our base case to include the effects of the war in Ukraine compared to before the war (3.5 percent). However, downside risks to the growth outlook remain, associated with intensification of supply chain disruptions and inflation linked to lingering pandemic shutdowns and the war, as well as with tightening monetary policy and persistent labor shortages.” 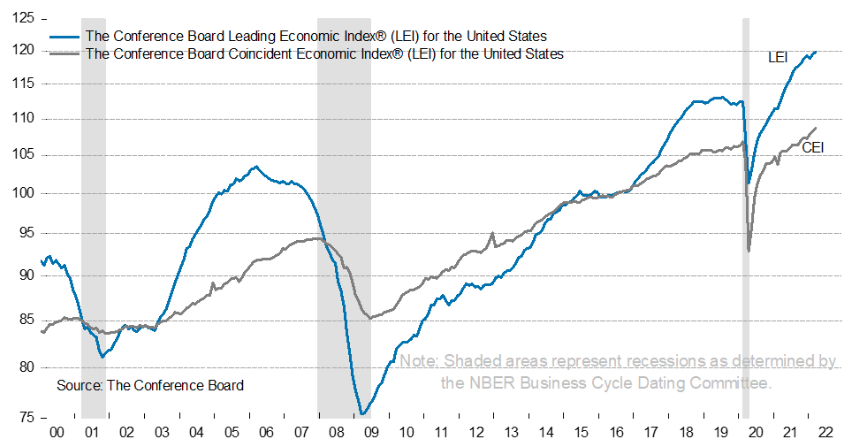 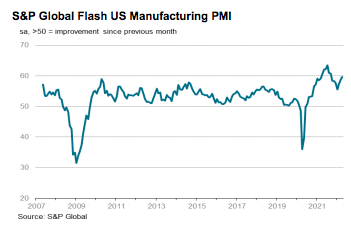 The S&P Global Flash U.S. Manufacturing PMI posted 59.7 in April, up from 58.8 in March, to signal a marked improvement in operating conditions across the manufacturing sector. Overall growth was the strongest for seven months. Contributing to the overall upturn were faster rises in output and new orders during April. Despite another marked deterioration in vendor performance, firms were able to increase production amid stronger client demand and the acquisition of new customers. Total new sales growth was supported by a steep increase in foreign client demand, as new export orders rose at the fastest pace in almost a year.

“Finom Group’s former model anticipated that even though consensus analysts’ estimate was in the 4% to 5% range for EPS during Q1, we’d likely see something in the 6% to 7% realized EPS range. But… we may have been to conservative even in this above average EPS estimate. **Based on the consistency in consumer spending, inflation rate and wage gains, we think Q1 EPS could come in expressing 9-12% YoY growth.” 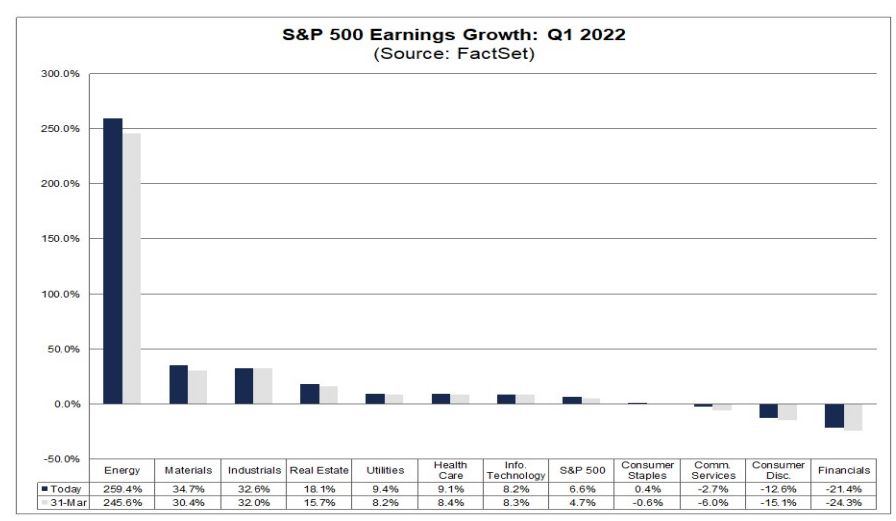 Exhibit 1: A Misleading QE Chart Through 2015 Pundits across social and financial media have used this chart to argue the S&P 500 and the Fed’s balance sheet are highly correlated. But that misunderstands correlation, which isn’t about whether 2 lines look roughly similar. Correlation refers to the frequency at which 2 series “actually move together”. That means you can’t just take the correlation between 2 data series levels, such as the Fed’s total balance sheet and the S&P 500 Index price level. You have to measure the correlation between the changes in each over set intervals. When we measure correlations, we think using the weekly change is most accurate, as it doesn’t gloss over volatility. Conveniently, the Fed also reports its balance sheet weekly.

Exhibit 3: A True-to-Scale Look at Stocks and the Fed After QE