Call It a Layoff, a Furlough or a Cut Shift: Americans are Losing Work 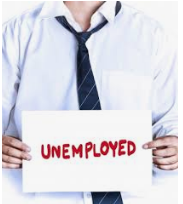 Employers are cutting shifts, suspending work and starting to lay off workers as the new coronavirus devastates business across the country.

Companies from restaurant operators to wedding caterers have started to let workers go as they ratchet down operations. Many firms have moved cautiously to date, furloughing employees and moving workers to part-time status. But for many companies, economists say, layoffs are likely next.

More than 3,600 people, most of them from entertainment and leisure industries, have been laid off in the U.S. due to the pandemic, according to new data released Wednesday from Challenger, Gray & Christmas Inc., an outplacement firm. That count doesn’t include job cuts at bars and restaurants in more than a dozen states and some cities that face restrictions on operations.

In Texas, 60 employees working on the now-canceled South by Southwest festival were laid off, according to a state filing.

Ryan Choura, owner of his namesake events and tenting company in the Los Angeles area, said he shifted almost 140 full-time employees to part time as clients canceled or postponed events, such as the Coachella Valley Music and Arts Festival. Other employees at the company have been laid off.

Union Square Hospitality Group—a New York-based company led by Danny Meyer that runs the well-known Union Square Cafe and other restaurants—last week said it would temporarily close its locations and on Wednesday laid off around 2,000 employees, or 80% of its workforce, as revenue dried up.

“The goal is to rehire as many of those people as soon as possible, when health and business conditions permit,” Union Square said.

Molly Moon’s, an eight-store ice cream chain in Seattle, usually boosts its staff from 120 workers to 230 as summer draws near. Instead, last week it was weighing cutting employees’ hours back nearly 20 percent.

Then Monday, chief executive Molly Moon Neitzel says she had to lay off 95 people after Washington’s governor closed restaurants across the state. She is transitioning to “contactless takeout” and delivery. “The ripple effects of every decision are just, like, almost overwhelming for me,” she says.

Unite Here, a labor union that represents over 300,000 people working in hotels, gaming, food service, manufacturing, textiles, laundry, transportation and airports in the U.S. and Canada, said Wednesday it expects 80% to 90% of those workers to be laid off.

People who have lost jobs are filing for unemployment benefits, resulting in a surge of claims in some states. Kentucky typically handles 2,000 cases a week, but received 9,000 claims on Tuesday. State websites that handle benefits in New York and Oregon have malfunctioned due to higher traffic.

Shrinking schedules are happening as roughly 40% of Americans said they would have difficulty covering $400 in an emergency, needing to borrow the money from family or friends or put it on a credit card, according to a Federal Reserve Bank survey in 2018.

That means cutting shifts instead of a full layoff can still feel like a job loss for workers, says Daniel Schneider, an assistant professor of sociology at University of California, Berkeley.

The Economic Policy Institute on Tuesday forecast three million job losses in the U.S. by the summer.

Tim Burton, co-owner of Burton’s Maplewood Farm, a 28-acre Indiana farm that produces maple syrups and jams, staffed up in recent months, hiring dozens of people to sell his products at big events. But they got canceled, leading him to have to cut his workers’ hours.

“It was a real gut punch not just for the farm, but for our employees, too,” he says.

Bruce Brown, who owns a catering company in Phoenix, said he plans to cut hours for his seven full-time employees following event cancellations. He said he also noticed an uptick in calls from the 35 or so part-time employees for the company, who are scrambling to find work.

“It’s kind of a demoralizing thing, and I’m worried about all of my friends who are also bartenders and cooks,” said Jesse Gustafson, who was laid off from a $14-an-hour line cook job at a bar in Portland, Ore.

Many shift workers who have their hours reduced will be eligible for unemployment benefits, according to Michele Evermore, a policy analyst at the National Employment Law Project. Every state offers partial unemployment benefits, which means people get some compensation for hours they normally work that get cut by their employers. But the benefits vary from state to state, and most workers should expect to receive less than half of their lost pay, Ms. Evermore added.

Layoffs are expected to hit the energy production sector as West Texas oil futures hit their lowest levels Wednesday since Feb. 2002. Whiting Petroleum Corp. said it expects to cut one completion crew within the next month as it lowers planned capital spending for the year. Callon Petroleum Co. said it would reduce contracted crews working on its hydraulic-fracturing projects from five to two.

Marriott International Inc. said Tuesday it expects to furlough tens of thousands of employees as it closes hotels across the globe. Oil-field-services firm Halliburton Co. will begin a mandatory furlough next week that will cover 3,500 employees in Houston. Norwegian Air Shuttle AS A outlined plans to temporarily layoff around 7,300 workers.

Some companies are hiring, including supermarket chains trying to meet demand. Amazon.com Inc. plans to hire an additional 100,000 employees in the U.S. as e-commerce orders surge. It is raising pay by $2 for each hour worked through April in the domestic market and Canada.

For many businesses and employees the future is murky.

“I’m scared right now,” said Melina Cordero, 31, who recently lost two part-time positions at tour companies in Puerto Rico greeting tourists and handling bookings. “I live by myself, and I just paid my rent, and I still have a couple bills that I have to pay.”

When Jenny Johnson received word about a week ago that her hours at a Seattle staffing firm were cut in half, she focused on the positive—more time to spend with her 17-month-old son and fiancé.

Then her husband-to-be, a prep cook and dishwasher, saw all his shifts evaporate. Her hours were further curbed late last week, leaving Ms. Johnson to worry about affording food and paying her electricity bill. “I’m just feeling really terrified,” the 25-year-old said.

Tuesday she was laid off.