Expect A More Hawkish Tone Out of the Fed 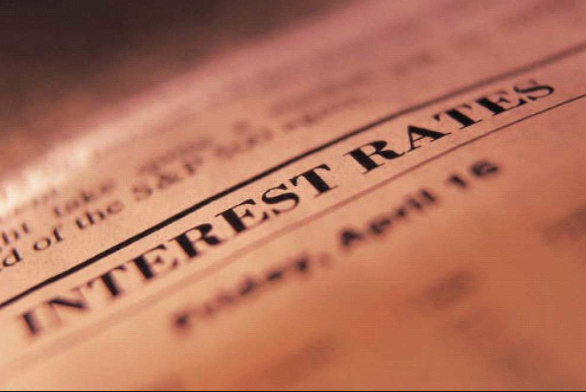 After shedding roughly 540 points in the last 2 trading sessions, the Dow Industrial Average looks to resume its trend upward. The Dow remains up by 5.5% in 2018 even after this week’s selloff, helped by factors such as an expanding U.S. economy, growth in corporate profits, and enthusiasm over recently enacted tax cuts and other business-friendly policies. U.S. equity futures are pointing to a positive market open in the trading sessions following President Trump’s State of the Union Address last night. The speech that ran roughly 1 hour and twenty minutes proved rather uneventful and innocuous, leaving investors focused on the upcoming Fed rate decision and continued earnings announcements. The Federal Reserve isn’t expected to raise interest rates at its meeting Wednesday but economists do expect the central bank to lift rates when it next meets in March. An announcement on interest rates is expected Wednesday at 2 p.m. ET. The meeting is Janet Yellen’s last as Fed Chair.

The first meeting of the FOMC, the Federal Reserve’s policy-setting meeting, this year on Wednesday, Jan. 31 “is likely to send a modestly hawkish signal,” said BofA. “We specifically look for the FOMC to note that market measures of inflation compensation have moved higher given the notable move higher in inflation break-evens,” BofA said.

“The FOMC may also mention that fiscal stimulus could create upside risks to the real economy,” analysts said. “Since the rates market is already nearly convinced of the three hikes for this year, there is not much room to reprice for this year.”

On the economic data front, ADP’s January report on private-sector employment is due at 8:15 a.m. Eastern. A release on business conditions in the Chicago area is expected at 9:45 a.m. Eastern, and a December report on pending home sales is set for release at 10 a.m. Eastern.

Bitcoin was last trading at $10,134 and is down about 28% for the month with one session to go in January. Some technicians noted that bitcoin has dropped under a trend line that had been providing support in January; meaning buyers had been stepping in at that level. Tuesday’s slump was attributed to regulations going into affect in South Korea. Also Tuesday, Facebook Inc. generated headlines due to its ban on bitcoin advertising.

AMD topped estimates when it reported results after the bell yesterday. AMD’s stronger-than-expected fourth quarter included a 60% jump in revenue in its compute and graphics business, due to its new Ryzen and Radeon chips in desktop PCs, laptops and Macs. Total revenue jumped 34% to $1.48 billion, boosting full-year revenue to $5.33 billion for growth of nearly 25%. The company reported fourth-quarter net income of $61 million, or 6 cents a share, compared with a loss of $51 million, or 6 cents a share, in the year-ago period. The performance gave AMD its first full year of profitability by GAAP standards since 2011. Adjusted earnings were 8 cents a share. Of 21 analysts surveyed by FactSet, Wall Street, on average, expected adjusted earnings of 5 cents a share.

Richard “Trip” Miller of Gullane Capital LLC. says that investors may be looking at a wonderful long-term opportunity in Wynne Resorts after the tragic developments surrounding the company’s CEO. On Monday, Miller said his firm owned 34,600 shares of Wynn Resorts Ltd. “We believe the company to be worth about $240 a share,” he said, adding that he typically decides to sell a successful stock position after it moves up to “between 90% and 100% of our appraised intrinsic value.”

After a flat regular-market session yesterday, Fitbit shares ticked up 1.9% after hours and after getting an upgrade to Hold at Stifel Nicolaus. The stock was a Sell. Analyst Jim Duffy has updated his price target on the stock to $5.50, from a previous $6.  “While we don’t see a path to profitability in 2018 and continue to have concerns about both the durability of the fitness tracker market and uptake of Fitbit smartwatch offerings, we expect cash burn is limited in 2018,” Duffy wrote, adding that he believes “brand relevance should serve as a backstop to valuation.” He thinks sales and marketing costs could serve as a “potential source of expense relief” going into 2019 and beyond.

Wal-Mart confirmed about 1,000 layoffs in California on Monday, including 650 associates in Sam’s Club locations in Los Angeles, Sacramento and Orange County, and 359 at a Wal-Mart location in Sacramento. Last week, the company cut as many as 500 workers in the corporate headquarters in Bentonville, Arkansas. All of these lay offs come as the company recently announced bonuses for more than a million of the retailer’s workers and raised its hourly minimum wage to $11 dollars per hour. Additionally, Wal-Mart announced the closure of some 63 Sam’s Club stores that would result in the shedding of 10,000 jobs.

With equity futures bouncing back after two consecutive down days that resulted in the major averages losing roughly 2%, it shouldn’t be unexpected to see the early market activity. Having said that, it remains to be seen if the positive equity movement holds through the Fed rate decision and dissemination. Despite positive moves in equities through much of January, volatility has steadily risen higher, finding the VIX at its highest reading since the fall of 2017.