Earnings vs. Economic Data vs. Market Outlook: Which Way Do We Go? 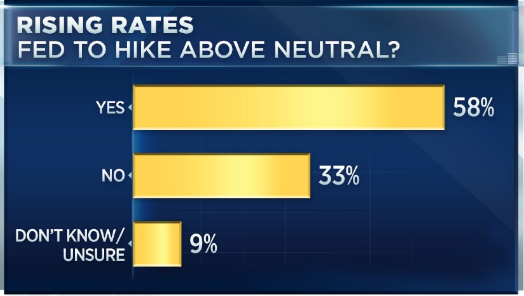 There was nothing in the FOMC minutes, which were released at 2:00 p.m. Wednesday, that wasn’t already a known to investors and analysts alike. The greatest takeaway from the minutes is that the Fed is continuing on their path of gradual interest rate hikes and believes the economy is healthy/growing. A summary of the Sept. 25-26 Federal Open Market Committee session reflected both confidence in the rate of economic growth and some concerns over the impact that tariffs might have on the future path of rate hikes and the economic expansion. Nonetheless, the committee unanimously voted to approve a quarter-point hike to its benchmark rate target, with members indicating that more increases are on the way.

“With regard to the outlook for monetary policy beyond this meeting, participants generally anticipated that further gradual increases in the target range for the federal funds rate would most likely be consistent with a sustained economic expansion, strong labor market conditions, and inflation near 2 percent over the medium term.”

Known or not, the release of the FOMC minutes on Wednesday whipsawed markets back and forth. In truth, the major averages were already quite volatile prior to the release of the FOMC minutes. At one point during the trading day, the Dow was down over 300 points before coming all the way back into positive territory. When it was all said and done, however, all 3 major averages finished slightly lower on the trading day. With regards to the volatile trading session and the subject of Fed rate hikes, here is what CNBC’s Jim Cramer had to say: 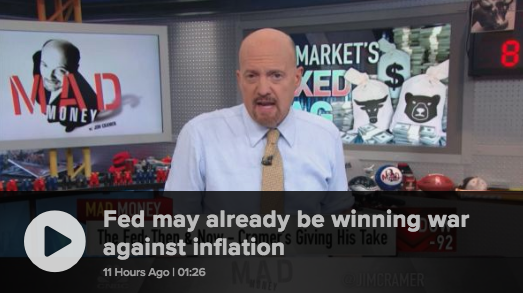 “Remember what’s at stake here. We are now in the midst of earnings season, where we can piece together a mosaic of what’s really going on in the economy. If the economy’s fabulous, then the Fed’s current course — one rate hike in December followed by three more next year — is correct.

If there are real pockets of weakness in the economy, then the Fed doesn’t need to tighten four more times. Maybe business has already begun to cool. Maybe they’re well on their way to taming inflation. The point here is that we don’t know.”

Finom Group believes the Fed is doing everything it should be doing, shy of having a long-term forecast. In other words, a forecast for rate hikes out to 2020 may prove unnecessary. If the Fed were to simply take one rate hike at a time, measuring the economic data as it comes in without forecasting for future rate hikes, their credibility would be of lesser concern and their response to changes in the economy may be more effective. Since the Great Financial Crisis, besides injecting great liquidity into the economic system, the Fed has become a psychologist of sorts for investors. As the Fed dictates, investors follow. Forecasting rate hikes out into 2019/2020 while economic data comes in somewhat mixed and on a weekly basis, only causes concerns and consternations over Fed policy and its rate hike forecast.

After Tuesday’s massive rally on Wall Street, Wednesday’s action served to throw some cold water on the market, as there was no follow through. On a more positive note, however, Tuesday’s surge in the major averages was a pretty impressive day in terms of market breadth with the S&P 500’s A/D line the strongest since March. More impressive, was the fact that every component of the Dow Industrials, Transports, and Utilities indices traded higher on the day.

Regardless of what the Fed has said and will likely do going forward, inclusive of a 4th rate hike in December, earnings remain the focus of the day. As we expected, earnings continue to come in quite strong for the Q3 2018 period, beating analysts’ estimates for most reporting companies. Ed Yardeni’s forecasts for the S&P 500’s forward earnings are among the most accurate on Wall Street. 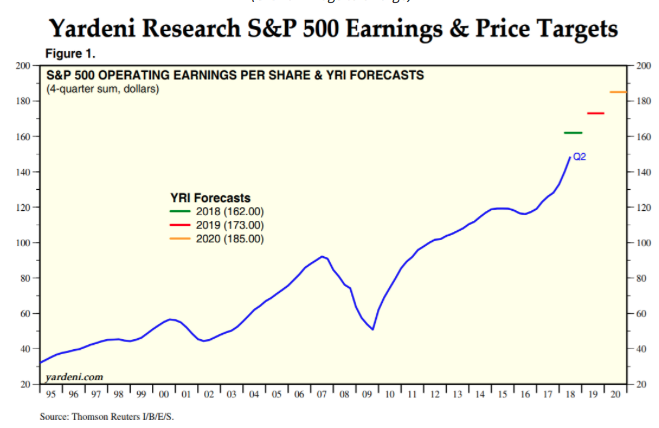 He expects earnings to grow throughout the rest of this year and next year. Although earnings growth will slow in 2019 this is still a medium-long term bullish factor for the U.S. stock market at the moment.

As mentioned earlier, economic data has come in mixed of late, but still bullish on the whole with some metrics at all-time high levels. Housing, of course, is one such segment of the economy that hasn’t performed as well as it has in the more recent past. On Wednesday, Housing Starts data didn’t quell fears of an even greater housing industry decline on the horizon. 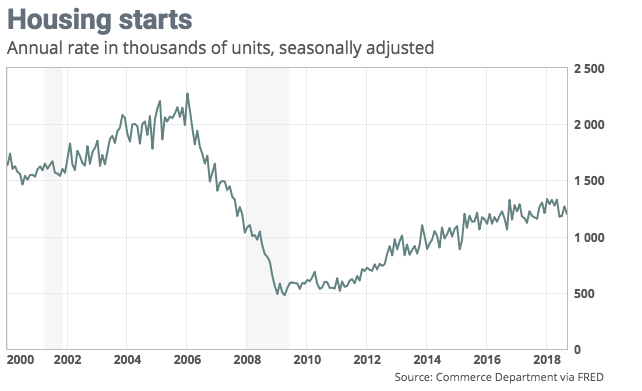 Housing starts fell 5.3% to a seasonally adjusted annual 1.201 million rate in September, the Commerce Department said Wednesday. Permits were at a 1.241 million annual pace. Starts are 6.4% higher for the year to date than in the same period in 2017, but some of the details of the report are worrying. Additionally, Housing Starts have not made a new high since January 2018 and have trended lower MoM since the spring time. We’re not terribly concerned with the housing data at this point as there are some anomalistic factors hindering the housing market. More importantly, we’re not seeing any spillover from the subdued housing market into the broader economy. Consumer spending and retail sales are growing at a healthy clip. Both of these growth aspects are supported by total wealth growth in the United States.

Total wealth and wealth per adult in the U.S. have grown every year since 2008, even when total global wealth suffered a reversal in 2014 and 2015. The U.S. has accounted for 40% of all increments to world wealth since 2008, and 58% of the rise since 2013, as offered by a recent research report from Credit Suisse.

“The United States continued its unbroken spell of wealth gains since the global financial crisis, adding another $6 trillion to the stock of global wealth,” Credit Suisse’s annual report noted, saying that rising household wealth in the U.S. was “seemingly relentless.”

Today’s economic data of the day will continue to shed light on the strength or weakness of the economy. MarketWatch provides the table below. Jobless Claims and Leading Economic Indicators (LEI) will carry the most weight amongst investors.

With a huge rally on Tuesday and no follow through in the market on Wednesday, investors still have to consider the weekly expected move for the S&P 500 is $71 this week. This is a rather large expected move. We began the week at roughly SPX 2,765 and after Wednesday’s close the SPX will start Thursday from 2,809. This represents a $44 move week-to-date thus far. U.S. equity futures are pointing to a modestly lower open on Wall Street with the VIX higher by nearly 3.3% in the premarket trading hours. Expect to see 1% intraday, daily moves on the SPX with a VIX above 16. Given last week’s roughly 1,400 point decline on the DOW last week, investors should continue to consider the likelihood for the major averages to revisit recent lows. In fact, the headlines continue to point in that direction with most institutional firms and analysts indicating as such. 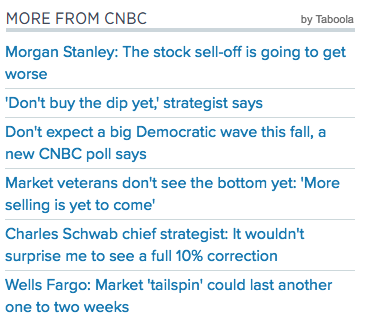 If we were to offer one comment of advice to investors in a seemingly directionless market at the moment we would suggest the following: “If taking an active approach, do so with a long-term thesis on the market or individual stock.”  While Q3 2018 earnings season rolls in and points to future upside in the markets, the trade of the day continues to surround the volatility in the markets. Finom Group takes advantage of the volatility by trading VIX-Exchange Traded Products (VIX-ETPs). Yesterday’s back and forth action in the market gave several opportunities to trade and Finom Group delivered such alerts to subscribers through our private Twitter feed. 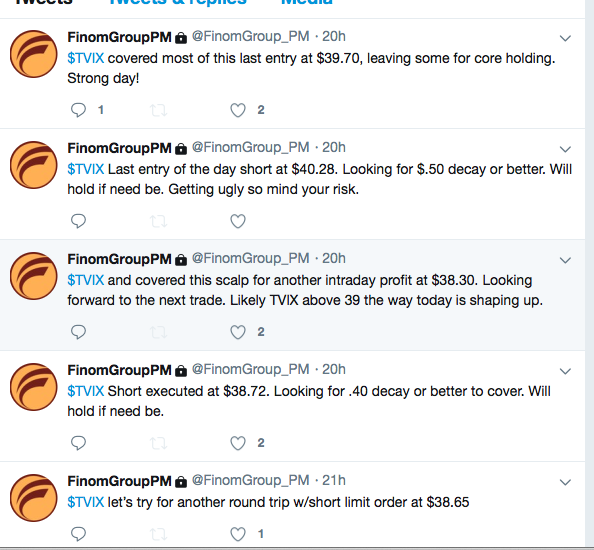 As investors await more earnings from the likes of FAANG, in the coming weeks, opportunities are abound. Subscribe to Finom Group today and trade with us!