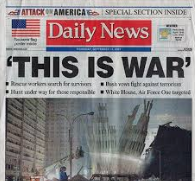 Equities took a step back on Tuesday and after another negative trade headline surfaced. On Wednesday, Reuters reported that a phase-one agreement between the U.S. and China may not be completed until next year, as Beijing presses for greater reductions in tariffs and the U.S. President Donald Trump’s administration pushes back with its own increased demands.

Separately on Thursday, Bloomberg reported, citing unnamed sources, that China’s lead trade negotiator Liu He said at a dinner speech Wednesday that he was cautiously optimistic about a phase-one trade agreement with the U.S. The report added that Liu told an attendee he was “confused” by the U.S. demands, while remaining confident that a phase-one agreement could be reached.

U.S. equities tumbled on the first headline that suggested a trade deal may not be completed until 2020. The S&P 500, fell nearly 1% intraday and before rallying into the closing bell. Nonetheless, when the whipsawing ride was over, all 3 major indices finished in the red with the benchmark index down just .38% on the day.

Markets have been extremely overbought and found with extremely positive sentiment of late. Certain sentiment indicator were are there most extreme levels of the year. The CNN Fear & Greed Index had been hovering in the 90s over the last 2 weeks. With the pullback in the S&P 500 over the last 2 trading sessions, the sentiment Index worked off some of the extreme sentiment.

It seems as though the markets are forced to grapple with a trade headline on a daily basis. Having said that, the markets have also seemingly shrugged off many, if not all, of the headlines for failure to find consequence. Here’s how I captioned the headline from the perspective of a trader/investor in a tweet on Wednesday:

And that is what it still comes down to for the market. Harkening back to the 1980s Presidential campaign of President George Bush, “No new taxes!” That is what the market has been and is continuing to echo to the current White House Administration as it pertains to trade, “No new tariffs!” Tariffs are essentially a tax paid by the importer of goods coming from outside of the United States. As long as the market believes no new tariffs will be imposed come the December 15, 2019 deadline, the market is able to shrug off these less optimistic trade headlines. Here is how Morgan Stanley’s Andrew Sheets outlines his thoughts on a phase-one deal and the path beyond that.

With headlines roiling markets intraday, one strong streak in the S&P 500 came to an end on Wednesday. The S&P 500 Index hasn’t had back to back losses for 29 consecutive days until a slight loss on Tuesday followed a bit larger loss on Wednesday.

Heading into Thursday’s trading session, weekly economic data has been decent, not to hot and not too cold, but just right. Housing Starts data came in rather strong on Tuesday and Building Permits came in at their highest level since May 2007.

After the release of the October FOMC meeting minutes proved market-neutral Wednesday, investors will be eyeing a litany of economic data Thursday. It all gets started with weekly jobless claims, which are expected to moderate lower, after a sharp rise in the previous week’s report. The latest reading on the state of manufacturing from the Philly Fed Index will also be released before the opening of trading on Wall Street. It remains to be seen whether or not manufacturing PMI data has indeed bottomed in 2019 and regional PMI will lend itself as a leading indictor of the to be announced ISM Manufacturing Index later this month.

I wouldn’t expect any of the data series to be released Thursday to incrementally move markets, but I would be anticipating some White House Administration commentary on the recently passed Hong Kong legislation. The House passed a pro-Hong Kong rights bill on Wednesday, putting President Donald Trump in a bind as he tries not to roil high-stakes trade talks with China.

The chamber approved a measure that aims to protect human rights in Hong Kong by a 417-1 margin amid efforts to crack down on months of anti-government protests. The House passed a second bill to bar the export of certain munitions to Hong Kong police by the same margin.

The Senate unanimously approved both pieces of legislation, so they head to Trump’s desk after House passage. Obviously, the passage of the Hong Kong legislation forces the President’s hand. He’ll either sign the bill into legislation or veto it. Trump is likely to sign the legislation, a source familiar with the matter has suggested, given that even if he veto’s the bill the House can override the veto with a majority support. China believes President Trump will not intermingle the issues related to Hong Kong with a U.S./China trade deal.

Equity market futures are pointing to a flat open on Wall Street in the 6:00 a.m. EST hour, and after a rough overnight session in Asian markets. The S&P 500 has had a significant rally recently, breaking out from a long-term basing pattern. The recent breakout has found the S&P 500 rallying some 3% from the late July 2019 high of 3,028.

It seems as though each successive high over the last 18 months or so has come in increments of 3% or so, before the market expressed a pullback. As such and given the S&P 500 had rallied for 6 straight weeks, it should come as no surprise that the market is looking for opportunities to work off overbought conditions and/or digest recent gains. This may lead to new highs shortly thereafter, assuming no exogenous events on the macro-front.

A market pullback shouldn’t be feared at this stage of the economic cycle in my opinion. A healthy pullback of 3-5% would actually be the best thing for the market and provide a strong set-up going through the Black Friday holiday shopping season. It’s not looking as though such a pullback is in the cards just yet, but you never know. But should it… “Be fearful when others are greedy, and greedy when others are fearful.” – Warren Buffett

As we continue to highlight, there’s the fewest possible number of days between Black Friday and Christmas with Thanksgiving falling so late in November this year. That means every retailer from Amazon (AMZN) and Best Buy (BBY) to Wal-mart (WMT) and the woeful department stores are trying to get a head start. Speaking of retailers, Target (TGT) knocked it out of the park when the hypermarket retailer announced Q3 2019 results. Here’s what Target reported for its fiscal third quarter compared with what analysts were expecting, based on Refinitiv data:

Same store sales at Target and online were up 4.5%, better than expected growth of 3.6 percent. The company said digital sales surged 31% during the quarter, with its same-day delivery options including buy online, pick up in store (BOPUS) and curbside pickup accounting for 80% of digital sales growth.

“When it’s delivered by our stores … those look a lot more like store economics,” the CEO explained.

With shares of TGT rising some 14% on the heels of spectacular results, I used the share price appreciation to call it a “closed investment” in shares of TGT. I had originally purchased shares back in 2017 for $53 per share. In 2018 I added to this investment in the low $80 range. While holding these shares for roughly 2 years I also collected a 3.5% dividend along the way.

Simply put, it was time, it was time… and now I have the opportunity to deploy these capital returns elsewhere in the market.

It’s anybody’s guess as to what the trading day will breed on Thursday. The weekly expected move has yet to be achieved in the S&P 500. Should further downside in the market present itself without deleterious economic headlines, I’d be greedy while others are fearful. Just because the market is still near all-time highs, that shouldn’t prevent investors from looking at near-term opportunity from a long-term perspective.

Stocks rarely move higher in a straight line, but since 1950, the S&P 500 has declined an average of 2% in the month after a record-high close. In 2018, the S&P 500 notched a record high September 20, only to fall nearly 20% by December 24. Volatility can be uncomfortable, and it can be difficult to stay focused on long-term prospects when prices are falling.

There aren’t yet a great many deals out there in the market presently, but exiting earnings season there is greater information surrounding company fundamentals. Are good quarterly results being met with poor stock performance? Opportunity!