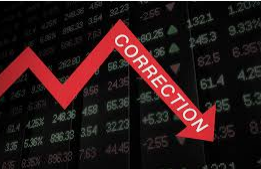 Welcome to this week’s State of the Markets with Wayne Nelson and Seth Golden. Please click the following link to review the SOTM video. The potential beginnings of a market pullback that began last week continued into and through this week with the S&P 500 falling more than 2% on the week. Corrections are a normal process of any bull market and encourages futures gains as cash on the sidelines is more readily put to work in the market. With this week’s drawdown, the S&P 500 has wiped out its YTD gains and finished slightly lower in January 2020. Uncertainty and a wall of worry have provided investors with an excuse to take profits. We encourage viewership of the weekly SOTM to include reading the notes that accompany the weekly video, below. We suggest the bull market will carry forward, but not higher in a straight line and not without a near-term correction.

GS: We estimate a 0.4pp “corona” drag on US annualized growth in Q1

JPM: We shave off 0.3%-pt off of global growth this quarter due to corona