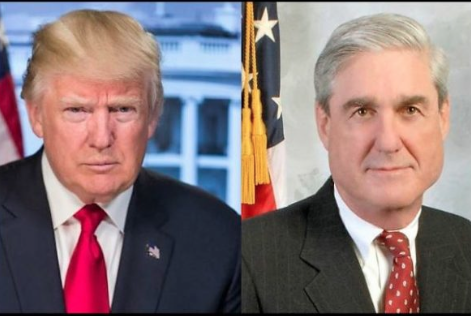 While yesterday’s rally was impressive for equities, it did not come without its faults, as the VIX did not display the typical reduction in fear that would accompany a greater than 1.5% move higher in the S&P 500.

The VIX has seen 38 sessions thus far this year where it moved at least 5% in a single trading day. Through April 10, that’s the most on record. While percentage swings in the VIX have been dramatic, they reflect that the index has been trading at extremely low levels for a long time, meaning smaller point moves show up as larger percentage changes. The current level of 20.32 is almost exactly in line with its long-term average.

The lack of complacency in the market, even post China’s more amicable trade rhetoric, may be a sign that concerns are now mounting around President Trump’s reaction to the raid on Michael Cohen’s offices. The stock market hates uncertainty, and the FBI’s raid of the office of President Donald Trump’s personal lawyer just introduced more uncertainty. Trump’s reaction to the raid was one of great anger, as reported on most news networks. What the President may contemplate currently and in light of recent developments is the President possibly firing Attorney General Jeff Sessions and Deputy Attorney General Rod Rosenstein. Such moves may open the door for the President to hire a new Attorney General, that would oversee the longwinded Muller investigation that has hung over the White House and the President since the new Administration has taken office. The belief is that the President would instruct or persuade a new AG to fire, for cause, Robert Muller.

The recent developments surrounding Michael Cohen and President Trump is causing angst among GOP political strategists according to CNBC’s reporting.

“Among strategists, concern is at an all-caps level,” said one Republican strategist who is close to Senate leaders. Most operatives are monitoring the situation closely with the hope for some sign of relief,” the strategist said. “I don’t think anybody knows what to expect. To us, the unknown is the scariest part.”

Given the uncertainty surrounding the future of the Muller investigation and determinations from the FBI’s raid on Michael Cohen’s office and residence, volatility in the equity market may persist for some time to come. There is simply too much at stake politically and with regards to future policy initiatives ahead of mid-term elections. Moreover, it’s clear based on the lack of relaxation presently in the VIX complex of derivatives that investors are hedging for yet another “shoe to drop” in the developments surrounding the White House, Muller and Michael Cohen. This is not to suggest that equities can’t respond to the upcoming earnings season, but that response may also bear out a lack of corresponding move in the VIX-S&P 500 correlation.

With all the political angst and provocations abound, investors have other issues of the day to focus on for April 11, 2018. The consumer-price index for March is due for release at 8:30 a.m. Eastern Time, along with core prices. Economists polled by MarketWatch are forecasting headline prices to fall 0.1% and core prices to rise 0.2 percent. In addition to the economic data points, investors will get further insight into what the Fed has been discussing and pondering on their path toward normalizing rates. At 2 p.m. ET, the Federal Open Market Committee will publish its minutes from their March meeting, when the U.S. central bank raised interest rates and increased its GDP forecast.

Whether geopolitical tensions or the Trump-Muller tussle rages on, investors are still putting money to work. Finom Group’s Chief Market Strategist Seth Golden believes the retail sector is showing signs of strength in an otherwise hostile market. The retail sector breakout of a year long slump in late November 2017 and ran dramatically through year’s end. Since that time, individual retail stocks have pulled back some from overbought territory, but the sector looks attractive.

Golden points to the SPDR S&P Retail ETF (XRT) chart as indicating a possible breakout for the ETF in the near-term. The XRT is right at it’s 50-DMA and nearly 5% higher than its 200-DMA, even as the broader S&P 500 has experienced a healthy correction through the first-quarter of 2018.

The chart indicates that if the ETF can hold above the 50-DMA in the coming weeks, it is poised to head toward a multi-year high or at least test the highs last seen in Q4 2017. Some of the top holdings in the ETF are noted in the table below as provided by Yahoo Finance.

The retail sector has a good set-up for 2018 after a contraction in 2017. While the headlines from the sector may still see subdued revenue growth, earnings are expected to grow further in 2018. Oppenheimer’s Ari Wald sees the retail sector much as Golden has suggested. He sees retail as having a good entry point for long-term investors. “Wald writes that in all, the S&P 500’s big decline since January has created a good entry point for long-term investors, but one sector that looks especially well set up is retail, as he spies a turnaround for the SPDR S&P Retail ETF.”