State of the Market: Historic Data Studies Offer A Guide 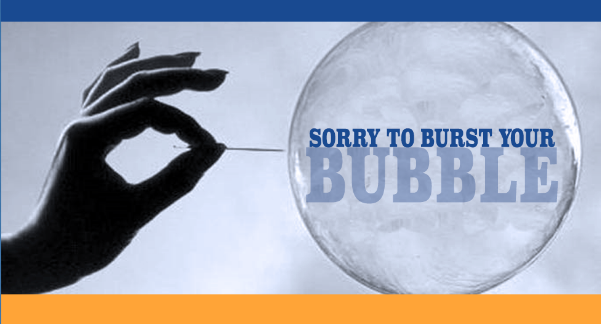 To study the history of market behaviors and/or performance puts the average investor at an advantage, when compared to the “lone wolf” approach to investing. The markets are more dedicated to disseminating human behavior than they are price discovery potentials. While circumstances are seemingly always different/unique, human behavior proves the one most constant variable in the financial markets.

A lot of investors/traders learned this truism about financial markets just this past year, some for their betterment… and some, not so much as they fought against market history… against human behavior/s! Behold, the 2009/202 -2010/2021 analogue!

Wayne Whaley was a quant before quants existed. He has a math background and has been managing money since the late 1980’s.

Whaley’s goal was to identify what he called the “kingpin of seasonal barometers.” He stated:

“I implored my computer to take a few seconds to exhaustively study S&P performance over every time period of the year and determine which time frame’s behavior was proprietor of the highest correlation coefficient relative to the following year’s performance.”

The 35 completed bullish signals have led to gains 33 times the following 12 months. The losses were in 1987, the year of one of the biggest single-day crashes in history, and 2018, that year that included a 20% drop during the fourth quarter.

In summary, most notable, and yes this table is a little confusing, is the following: When a bullish signal is in play, odds heavily favor solid gains over the following 12 months, but when there’s a bearish signal, odds favor a down year with a relatively big loss. But regardless of the signal, “up” years tend to be very good.

Piper Sandler’s chief market strategist Craig Johnson has been calling for a test of the S&P 500’s key 200-DMA since November 2020, outlined in Finom Group’s article below:

“The call for a 200-DMA test from the benchmark index by Craig Johnson wasn’t out of line with many strategists at the time and given that the market had already corrected some 9 percent. I encourage readers to review Johnson’s commentary from this CNBC guest spot on September 24th.

What happened the following week, leading up to the election was a nearly 400 point, 6-day market rally that seemingly culminated with a Pfizer Phase III vaccine trial data dissemination. The point of this exercise is to identify how even Wall Street strategist fall prey to price action, when there better judgement may desire to be contrarian to said price action. Had an investor been waiting for the S&P 500 to fall all the way to 3,100s… short-term considerations often fail investors, but they are often highlighted in the media for the sake of filling up programming hours.“

Again, that was in early November and the market has only traveled higher since and by roughly 16 percent. Imagine missing a 16% rally! Remember, the average annual return dating back to the 1920s is roughly 7.5 percent. Craig Johnson’s call, which is the same as Morgan Stanley’s monthly 10% correction call, is just an example of contrarian positioning that often demands patience and can find investors missing significant market upside.

What’s more troubling, from my perspective, is that such strategists/analysts continue to offer the same calls month-after-month, and regardless of markets’ trend, amongst many variables. Craig Johnson marched out on CNBC just this past week, and once again with markets under pressure, to reiterate his market correction call.

A couple of reasons Johnson continues to beat the correction call drum are as follows:

A “blue wave” came out of the recent election, which tends to bode well for the market, historically speaking. In fact, this is the ninth new Democratic President since 1900 to bring with them both the House and the Senate. Why so many blue waves?

Historically speaking, stocks do quite well that first year with a blue wave, up nearly 12% on average. As shown in the LPL Chart, when a new Democratic President has brought with them the House and Senate, stocks gained that first year of their new presidency 6 of 8 times.

Here is yet another way of looking at a new presidency with respect to market performance going forward, by QuantifiableEdges . This study eliminated inaugurations of Presidents that weren’t elected (Ford in ’74, Johnson in ’63, Truman in ’45, and Coolidge in ‘23). The same sense of excitement isn’t generally generated by a replacement president as by a newly elected president. The remaining presidents and their inaugurations can be found in the table below.

Looking out over the next 10 and 75 days the market did often seem to embrace the new hope that comes along with a new administration. Harding in 1921 is the only one on the list that saw the market more than 3.5% lower 75 days out. Meanwhile, there were 6 instances where the market was more than 3.5% higher.

Noted below are the charts for the All Country World Index’s and relative ratio with the S&P 500 as well as the Global 100 Index that was issued in the latest State of the Market from Finom Group. Upgrade today to receive these key macro-markets each week.

The most recent move in the Global Dow also continues to confirm the record level performance in U.S. equity markets. What is also recognized in the chart of the Global Dow below is that momentum (bottom panel) remains in a bullish regime. Any pullbacks in global equities are likely to prove buying opportunities given such momentum.

So let’s look at the German DAX equity index that hit an all-time high on 12/28/2020 from a historical data perspective. Keep in mind the DAX also hit a high on January 7, 2021, but the historic data offered by Nautilus Research was generated from the prior high in 2020.

First question we always ask ourselves when reviewing historic data is whether or not the sample size is sufficient to draw out probabilities. At 12 occurrences, the sample size is more than sufficient (minimum 5). What we want to know is what new record highs in the DAX has historically foreshadowed for the S&P 500.

When the S&P 500 closes 2 weeks ago at an ATH and then puts a red “inside week” on the board this past week.