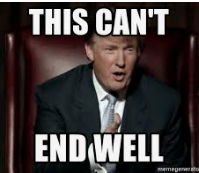 The yield curve inverted again on Wednesday, shortly after the FOMC minutes for July were released. Equity markets, however, were able to shrug it off with all three major indices rallying just under 1% and recapturing that which it had lost from Tuesday’s declines. But things are getting a little dicy on Thursday, as equity futures are pointing to a negative open on Wall Street. Investors have been whipsawed during the trading week even with limited economic data, but the focus remains on the FOMC and trade headlines.

Regarding the latest yield curve inversion, loosely speaking as the curve inverted first on August 15th, we continue to highlight that this yield curve inversion is indeed different than past inversions. Usually short yields jump over the long to invert; this time long fell more than short. (See chart below)

Mohamed El-Erian, the well-known economist for Allianz who used to run investment giant Pimco, told CNBC last week that the inverted yield curve recession signal that made all the headlines might not be as reliable as it has been in the past.

“The bond market is distorted. It is distorted by what’s happening outside the U.S.,” said El-Erian on “Squawk Box.” “If you live in an interconnected world, you have no choice but to import the effect of negative policy rates in Europe.”

The yield curve inverting for a second time this month, naturally one could expect investors to become a little more anxious. The market seemed to take it in stride though on Wednesday and the inversion alone may not be enough to lend itself as a recessionary indicator this go round. When we review Credit Suisse’s Recession Dashboard, only one metric indicator is signaling a recession while all others are pointing toward a continuation of the expansion or in Neutral territory.

While Credit Suisse’s Recession Dashboard doesn’t suggest a near-term recession, Morgan Stanley’s chief economist believes that risks of a recession are on the rise.

“Even as we have been revising our growth projections lower, we continue to highlight that the risks remain decidedly skewed to the downside,” Chetan Ahya, the bank’s chief economist, warned in a note published Tuesday. “We expect that if trade tensions escalate further … we will enter into a global recession (i.e., global growth below 2.5%Y) in three quarters.

The risk of tighter financial conditions, which would trigger a global recession, “is high and rising”.

Rising tariffs will likely exacerbate the existing downward pressures on corporate margins and profitability. Hence, corporates could soon move to the next stage, cutting back on hiring,” Ahya added. “As it is, consumer sentiment has taken a hit in August and the drop was very clearly driven by the announcement of further tariffs and to some extent the resulting stock market volatility.”

Despite claims that the U.S. remains an exception to the global deceleration, the effects of the international slowdown are already filtering into American data, the economist wrote. Ahya highlighted the “significant loss of momentum” in payrolls data in the past seven months, falling to 141,000 on a six-month moving average in July from 234,000 in January.

The summary indicated that policymakers viewed the move as a “mid-cycle adjustment”.

“In their discussion of the outlook for monetary policy beyond this meeting, participants generally favored an approach in which policy would be guided by incoming information and its implications for the economic outlook and that avoided any appearance of following a pre-set course.

A number of participants suggested that the nature of many of the risks they judged to be weighing on the economy, and the absence of clarity regarding when those risks might be resolved, highlighted the need for policymakers to remain flexible and focused on the implications of incoming data for the outlook.“

The minutes noted that “a couple” members wanted a 50 basis point cut, based primarily on the weak inflation readings. At the same time, “several” sought no move considering that risks had “diminished” since the June meeting.

What was painfully obvious concerning the release of the FOMC minutes was the bond market’s reaction to the release.

The 10-year bond yield decisively fell (chart above) upon the release, showing that investors simply are not convinced in either the active or passive verbiage of the Fed, as it pertains to being able to support some level of higher inflation near-term.

Regardless of what was outlined in the FOMC minutes, the market has priced in yet another rate cut for the September 18th meeting. There had been a 100% probability for a rate cut only a week ago, but that has subsided to a very small degree. Presently, the probability of a rate cut is 98%, after rather strong retail sales for July were released late last week. Nonetheless, that probability also serves to force the Fed’s hand and cut rates further. Here is what noted Fed watcher Tim Duy had to say about the probability of another rate cut in his latest blog post:

Finom Group remains of the opinion that the Fed will indeed cut rates by 25 bps again come the September meeting. With most of the Treasury yield curve below the Fed Funds Rate (FFR), it very much suggests the Fed is behind the curve in at least one form of it’s dual mandate. The bond market rally, with yields continuing to decline, finds investors seeking safe haven assets even while the hunt for yield remains highly relevant. And with rates this low, Goldman Sachs suggests the flight to high dividend stocks will prove in favor.

“With the 10-year Treasury yield at just 1.5% and the Fed likely to cut two more times this year, investors should look for opportunities in dividend stocks,” Goldman chief U.S. equity strategist David Kostin said in a note Friday.

Goldman screened stocks with strong dividend growth and high dividend yields, based on their dividend estimates and payout ratios. The average stock in its basket has a dividend yield of 3.8% versus 2.1% for the typical S&P 500 stock.

Finom Group would not agree with adding Kohl’s to it’s portfolio, given the poorly trending quarterly results that include strong gross margin contraction and negative same-store-sales results. But to add to the Goldman Sachs list, we do like shares of Verizon (VZ), which surprised with stronger than anticipated subscriber growth during the Q2 period. The firm also beat analysts’ projections on the bottom line once again while maintaining its full year guidance.

Morgan Stanley’s Michael Zezas, Head of Public Policy and Municipal Strategy, recently weighed in on the topic of investor allocations as well. Within his latest podcast, Zezas states that he doesn’t expects any meaningful snapback on bond market yields, as the Fed will likely continue to lower rates.

Zezas discusses the possibility that a weaker stock market would lend itself to easing trade rhetoric and further delays of tariffs. This could also serve to push yields somewhat higher. If this proves to be the case, the firm would rethink its preference for fixed income over equities.

As earnings season winds down, investors will be more keenly focused on economic data and central bank activity in the coming weeks. Wednesday’s release of Existing Home sales proved better than many had expected. Sales of previously-owned homes edged up 2.5% in July, as mortgage rates offset the affordability crunch caused by high home prices at the margins.

Existing-homes occurred at a 5.42 million seasonally-adjusted annual pace, up from a revised 5.29 million in June, the National Association of Realtors said Wednesday. Compared with a year ago, sales were 0.6% higher. Economists polled by MarketWatch had expected an average annual rate of 5.40 million.

Year-to-date sales are down about 2.9% compared to the same period in 2018.   On an annual basis, that would put sales around 5.20 million in 2019.  Sales slumped at the end of 2018 and in January 2019 due to higher mortgage rates, the stock market selloff, and fears of an economic slowdown. The comparisons will be easier towards the end of this year, and with lower mortgage rates, sales might even finish the year unchanged or even up from 2018.

“Mortgage rates are important to consumers, but so is confidence about the nation’s overall economic outlook,” said Lawrence Yun, chief economist for the National Association of Realtors. “Home buying is a serious long term decision and current low or even lower future mortgage rates may not in themselves meaningfully boost sales unless accompanied by improved consumer confidence.”

Mortgage applications have been highly sought after as rates declined more than 75 bps since their 2018 peak. The latest mortgage application data suggests the housing market will remain in recovery mode from its year-long decent in 2018 as well.

The economic data calendar for today includes Markit PMI and Leading Economic Indicators, both of which are expected to show a decline when compared to the previous month. On Friday, investors will get the latest reading on New Home sales alongside early commentary on the opening remarks from the Jackson Hole summit.

With a great deal of uncertainty still residing over the geopolitical picture, the equity markets have remained rather resilient, even if moving sideways for the better part of 2 weeks now. Having said that, the sideways action has been a little reminiscent of what was expressed in late 2018, something Cornerstone Macro’s Carter Worth continues to highlight in his technical analysis of the S&P 500.

“Carter Worth highlights the sideways action in the SPX has formed a “diamond” formation, which he expects to be resolved to the downside. The last time there was a well-defined ‘diamond’ formation in the SPX was December before we reached the December lows.”

Equity market sentiment remains subdued, bearish, with fear and low beta exposure from institutional investors. The latest AAII survey continues to display a risk-off sentiment with the bullish sentiment below its historical average in 8 of the last 10 weeks.

The CNN Fear & Greed index has shown an improvement from last weeks 22 reading, extreme fear. Nonetheless, it is clear that fear is still looming large with investors, as they rely heavily on the consumer supporting economic growth and earnings going forward.

Moreover, Bank of America’s CEO Brian Moynihan says that the consumer is indeed reason enough for the U.S. economy to avoid a recession.

“But what’s going to make that happen is the underling U.S. consumer. And the underlying consumer is doing well and making more money, they’re employed; and more importantly, they are spending more money.”

The U.S. consumer makes up some 70% of U.S. GDP and with retail sales continuing to surprise to the upside, retailers like Home Depot (HD), Target (TGT), Wal-Mart (WMT), TJ Maxx (TJX) and Lowe’s (LOW) proving that the consumer is rather strong, it is hard to imagine an imminent recession. But if we continue to “talk it up”, anything is possible when fear and loathing take shape… and if you layer on top of fear more tariffs.