Markets Minefield of Headlines in Q4: Is The Bull Done for 2020? 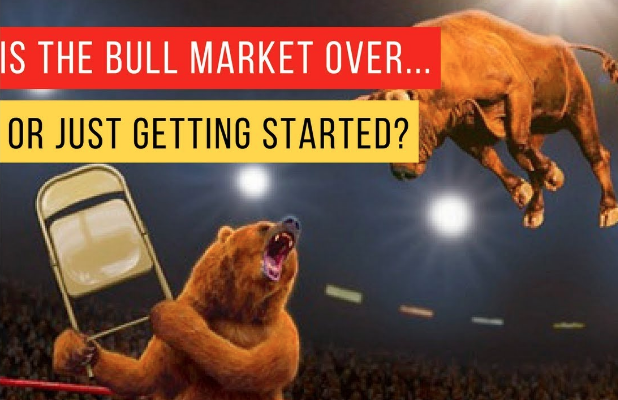 In looking both backward and forward, despite September being the first down month since March, the Q3 period proved quite strong (SPX up 8.5%)! After another robust quarterly performance, it begs of investors to ask the question, “What happens to the S&P 500 when the usually weak Q3 is up a lot?” Well, Q4 has gained every single time, up 11 for 11, with an average return of 7.3 percent.

For those of you who enjoy the Hunger Games movies, the historical data suggests “May The Odds Be Ever In Your Favor“! The worst performance, given the criteria in the study above for Q3 performance gains of 7.5% or greater, was .7% for the S&P 500. The best performance came in the 1950s. We can add even greater scrutiny to such historical studies by refining the criteria as shown in the S&P 500 chart study below:

When the S&P500 has returned between 0% to 5% for the first nine months, the median 4Q return has been 9%, which is relatively close to the average annual return for the S&P 500. Typically, Q4 is the best quarter of the year for investors, with the S&P 500 up 3.9% on average and higher almost 79% of the time. Again we have yet another reason to remain optimistic!

What took place under the hood of the indexes rebounding as a whole last week may have been more sector and style rotations. Cyclicals ruled the roost for much of the week, but by week’s end defensives came alive and technology took a backseat. Even as Friday’s market decline may have left investors less optimistic about the coming week, it should be recognized that small caps did not decline; the Russell 2000 (RUT) rose .53% for the day. Moreover, the Russell small-cap index outperformed all major large-cap indexes for the week.

I like to see small-cap index outperformance as it tells a tale of the index, which is heavily weighted by Financials, performing as we expect coming out of a bear market and/or recession. Small caps tend to lead, not lag. If we go all the way back to the bear market trough in March, is this what we see taking place from the small-cap index?

As we can see from the S&P 500 and Russell 200 index performance since March 23rd, the Russell is leading the large-cap index by more than 6 percentage points. The bull market, despite the hiccup in September and Friday of this past week, is still a healthy bull market. But there’s another way in which we can define the broader market as having a healthy week, including on Friday…

The economy is on track for record growth in the third quarter after a historic slump in the April-June period. Third-quarter GDP growth estimates are topping a 34% annualized rate. Growth estimates for the fourth quarter have been cut to around a 2.5% rate from above a 10% pace.

Despite the mostly optimistic economic data that came ahead of Friday’s Nonfarm Payroll report and in certain of the sub-sectors for the labor market, September’s job creations fell shy of estimates. The U.S. created 661,000 new jobs in September and the unemployment rate fell again to 7.9% to the lowest level of the pandemic, but the gain in hiring was the smallest since the economy reopened and pointed to deceleration in the recovery. The increase in employment last month fell short of Wall Street’s estimate. Economists polled by MarketWatch had forecast an 800,000 gain.

“You’ve seen the back and forth between the House and the Trump administration and I’m trying to figure out here whether I should predict another bill quickly or not, but the talks have speeded up in the last couple of days,” he said. “I think we’re closer to getting an outcome.”

I remain of the opinion that another round of fiscal relief will be implemented in October. My opinion is just that, but a reflection of the following: The stakes remain quite high ahead of an election and the differences from the two parties are largely based on dollar amounts, not whether or not there is a genuine need to support the economy and average household. The gap in dollar amounts are centered on a couple of key areas, for which if one party shows genuine interest in negotiating up or down, the other party will likely acquiesce. Keep in mind, this is not just an election for which the Executive Branch is in play, but also the Senate majority.

Lipper Refinitiv have a slightly better track record when it comes to projecting quarterly EPS estimates. At present, they are showing a slightly better EPS tracker than that of FactSet: Aggregate Estimates and Revisions

Q3 2020 EPS should prove even stronger than that of Q2 earnings beats given the dollar devaluation that took place over the whole Q3 period, which provides a tailwind for S&P 500 revenues captured outside of the United States. Having said that, much of Q3’s results have already been reflected in the market.

October may prove another tree within a forest of trees known as the 4th quarter! So should the market get stuck and even weaken further, I would encourage investors to consider what lay beyond the trees. Check this out: Breaking things down by the 4-year Presidential cycle shows the S&P 500 during Q4 of an election year is higher 82.4% of the time, one of the most likely quarters to be higher.

One other thing to remember as we disseminate and analyze a goodly amount of economic data every week: Always rationalize and recognize, the economy is not the market. While certain areas of the ECONOMY are smaller than others, the others tend to be the stronger and bigger portions of the MARKET.

The market seems to always find a way to distance itself from the economy and move higher over time. that’s essentially what the chart above identifies. Look at how big a part of the economy Industrials are, but how small it is as a portion of the S&P 500. Healthcare is a small part of the economy, but a much bigger and healthier portion of the S&P 500. Need I really example IT… huge S&P 500 component, but barely registers in USA economy (Information Technology).