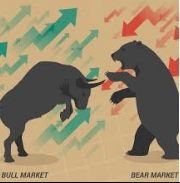 Welcome to this week’s State of the Markets with Wayne Nelson and Seth Golden. Please click the following link to review the SOTM video. In 2020, markets continue there seemingly endless melt-up. We all know that when valuations stretch too far beyond their historic average, unkind things tend to take place in the market. As it was in the previous week, sentiment and market breadth register at extreme levels, but the low liquidity market and lack of selling volume has found the bull with legs and reaching beyond 3,300 on the S&P 500 for the week. The S&P 500 is now up 3% in 2020 already. Comparisons between January 2020 and January 2018 have run rampant this week. We suggest the bull market will carry forward, but not higher in a straight line and not without a near-term correction. Without a recession on the horizon and with earnings projected to rebound in 2020, we anticipate a potential double-digit return year again for the benchmark index and as the typical return during an election year is roughly 11 percent.

If the S&P 500 doesn’t suffer a negative reversal today, it will close above its daily, weekly, and (so far) monthly Bollinger Bands while at an all-time high. That hasn’t happened since June 1997.

CITI: moving more defensive on the “reaching the summit of the wall-of-worry” theme

“You have to go back to the 1990 – 2005 experience to find a period when the S&P managed to rally materially further after a +10% 3-month advance without the requisite prior near-term +10% decline.”

“Per our estimates, nearly 36% of the total $Gamma across strikes is set to drop-off following Friday’s expiry, which should then allow us greater freedom to move in either direction”

White House officials are scrambling to produce an election year fiscal stimulus plan that is likely to include tax cuts to juice the economy and stock market ahead of the 2020 presidential contest.