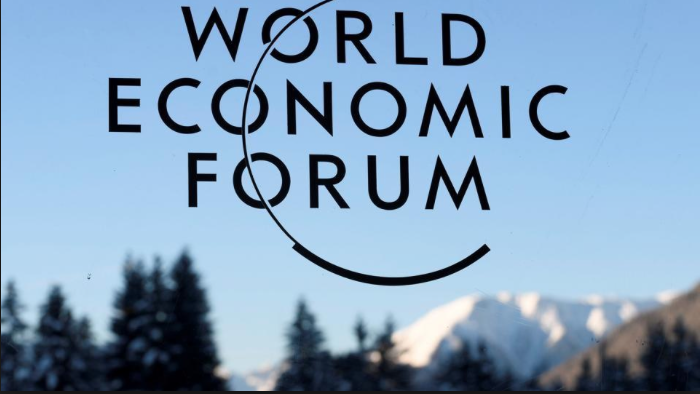 The U.S. Dollar has made headlines all week and came under pressure earlier in the week after Steve Mnuchin indicated a weak dollar was ideal for the U.S. economy.  Shortly thereafter, President Trump noted that those comments were taken out of context and that he appreciated a strengthening USD.  The USD briefly rebounded on President Trump’s comments but has resumed its weakness on Friday.  The dollar was once again under pressure on Friday as investors focus on growth data due later that could deliver another blow to the embattled U.S. currency.

Fourth-quarter gross domestic product data is due at 8:30 a.m. Eastern Time. Economists surveyed by MarketWatch predict a 3% rise in GDP for the fourth quarter of 2017.  Investors will also look for further comments from U.S. administration officials, keeping an eye on a speech that President Trump is expected to make at the World Economic Forum in Davos, Switzerland at 8 a.m. Eastern. President Trump also gave an exclusive interview with CNBC yesterday for which the full transcript can be accessed here.

Starbucks disappointed investors after the closing bell yesterday when it missed Wall Street’s forecast for total sales in its first-quarter earnings report, posting a net revenue of $6.1 billion representing 6% sales growth compared to analysts’ prediction of $6.2 billion, according to FactSet.  The coffee and restaurant giant, however, reported an earnings beat, with an EPS of $0.58 to the forecast of $0.57. Meanwhile, global comparable sales increased by 2% in the first-quarter, driven by a 2% average ticket increase, the company said. China posted the strongest growth at 6% comp growth and 30% revenue growth in the quarter.  Analysts polled by FactSet expected Starbucks to post a 3% increase in global same-store sales for the quarter, with a 3.2% increase in the Americas.

Chief Executive Kevin Johnson said the company is trying to broaden its customer base by opening up mobile ordering and payment to people who aren’t part of its loyalty program. Starting in March, anyone will be able to use the coffee chain’s mobile app.  Starbucks said it added 1.4 million active Starbucks Rewards members in the U.S. in the quarter, bringing the total up 11% year-over-year to 14.2 million.

On a conference call, Starbucks executives highlighted tepid sales of holiday drinks. They also called out pressured sales at Starbucks mall stores.  Starbucks also announced Thursday that it bought back 28.5 million shares of common stock in the quarter and anticipates a cash dividend of $0.30 per share payable on Feb. 23.

Interestingly, a number of people close to Tesla at it’s newer factory in Nevada have laid claims against the company’s battery plant.  Tesla’s problems with battery production at the company’s Gigafactory in Sparks, Nevada, are worse than the company has acknowledged and could cause further delays and quality issues for the new Model 3, according to a number of current and former Tesla employees.  The company has already delayed production, citing problems at the Gigafactory. On Nov. 1, 2017, CEO Elon Musk assured investors in an earnings call that Tesla was making strides to correct its manufacturing issues and get the Model 3 out.  Tesla is still not close to mass producing batteries for the basic $35,000 model of this electric sedan, sources say.

“While I’ve no doubt that Tesla will eventually work out its Model 3 production problems, the base model will cost Tesla at least mid-$40,000s to build. The company will never deliver more than a token few for less than the current $49,000 lowest-cost offering. Sales will hugely disappoint relative to expectations of over 400,000 a year. And even at those higher prices Tesla will never come anywhere close to its promised [profitability].”

U.S. equities are poised for another higher open on Wall Street to close out the week.  Over the last couple of days however there seems to be some hesitancy when it comes to breakaway speeds for the major averages.  This week the Dow, Nasdaq and S&P 500 have all seen outside reversals in consecutive trading sessions that may give investors reason to pause.  The trading activity and intraday reversals that tend to revert to the original market direction have also further spurred the VIX higher.  Even with the S&P up some 6% month-t0-date, the VIX is up significantly in the month of January. Of the 99 times in the VIX futures era when SPX has been +6% or more month-to-date the XIV index has only been negative on 7 occasions.   Moreover, some expect to see continued upside volatility into Februrary with upside VIX call options purchased at the 19 and 20 strike.  They’re paying 35 cents and 31 cents respectively for about 30,000 upside calls

A brief look at VIX Futures below shows some early trading decay in the complex.

It remains to be seen if this early retracement in VIX Futures will hold up through the trading day.  In 2018, and as markets have climbed higher, institutional investors and asset managers have deployed their hedging strategies against long portfolio holdings through buying SPX put options that are underlined by cheap volatility to date. It remains to be seen whether or not this proves a prudent strategy or a tax on capital gains.