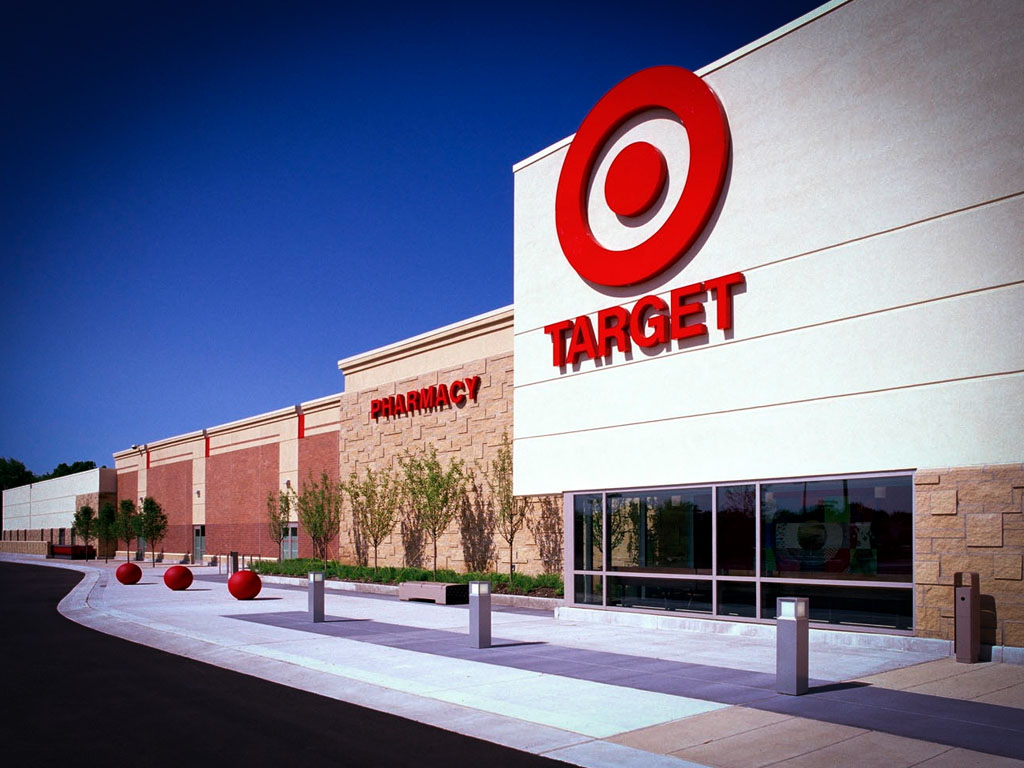 After the Dow Jones Industrial average shed some 3.3% last week, it kicked off the new trading week with a bang yesterday, gaining 336 points. It seemed as if some of the trade tariff fears subsided throughout the trading session and even as bond yields began to rise once again. House Speaker Ryan warned about the potential fallout If President Donald Trump’s plan to impose tariffs on steel and aluminum imports went ahead, part of a show of resistance by some Republicans to the plan, which also help quell fears surrounding the President’s proposed tariffs.

In a series of tweets on Monday, President Trump spurred headlines by suggesting he was more flexible than originally positioned with regards to tariffs.

“Tariffs on Steel and Aluminum will only come off if new & fair NAFTA agreement is signed,” adding that “Mexico must do much more on stopping drugs from pouring into the U.S. They have not done what needs to be done.”

The S&P 500 and Nasdaq also rose by greater than 1% yesterday. The 10yr. Treasury yield was lower in the morning trading hours only to reverse course and head higher in the afternoon. The 10yr is currently yielding just under 2.88% in early Tuesday morning trade.

U.S. equity futures are higher this morning, but as we’ve come to witness, the sentiment for equities and bonds can change course throughout the day. This may be especially true with so much uncertainty still yet surrounding trade tariffs as well as having multiple Fed speeches in a single day. New York Fed President William Dudley is scheduled to give a speech on economic conditions and recovery efforts in the U.S. Virgin Islands in St. Thomas, Virgin Islands at 7:30 a.m. Eastern Time.

After the market close, Fed Governor Lael Brainard will speak on the economy and monetary policy at the Money Marketeers Forum in New York at 7 p.m. Eastern. Later, Dallas Fed President Rob Kaplan will take part in a moderated discussion at CERA Week, an annual energy conference, in Houston at 8:30 p.m. Eastern. But all of these Federal Reserve speeches will serve as an appetizer to the most important piece of economic data due out later this week that will likely show whether or not wage inflation is an ongoing concern. The Nonfarm Payroll report is due on Friday at 8:30 a.m. EST and economists polled by MarketWatch are expecting the report to show that the U.S. economy created 210,000 jobs during the month of February. Within the Nonfarm Payroll report is the heavily weighted wage inflation metric that will be carefully scrutinized by investors and economists alike.

Before the market opens for trading today, both The Dollar Tree and Target Corp. will be reporting their quarterly results. Target had previously pre-announced favorable holiday sales while lifting FY17 guidance. After a rough end to 2016 that persisted through much of 2017, sentiment for TGT shares have improved since the 4th quarter of 2017. TGT shares have witnessed a series of upgrades since the onset of 2018 and with Credit Suisse recently initiating coverage of the company with an Outperform rating. While Wal-Mart found outperformance in its FY17 results and share price when compared to its peers, investors are awaiting to see if 2018 will be the year that Target and TGT shares outperform. Susquehanna’s Bill Dreher reiterated a Positive rating and $95 price target on Target today, writing that Target’s 2018 could look a lot like Wal-Mart’s 2017–but with the potential for more multiple expansion– as the results, as well as its analyst-day presentations, demonstrate that its omnichannel strategy is taking hold and putting it among the retail winners. He calls it his top pick in the discount space. Recall, Wal-Mart recently reported its Q4 2017 results that came under fire due, in part, to slowing e-commerce sales. Below are analysts estimates and forecast for earnings and revenues for Target Corporation as provided by Yahoo Finance. 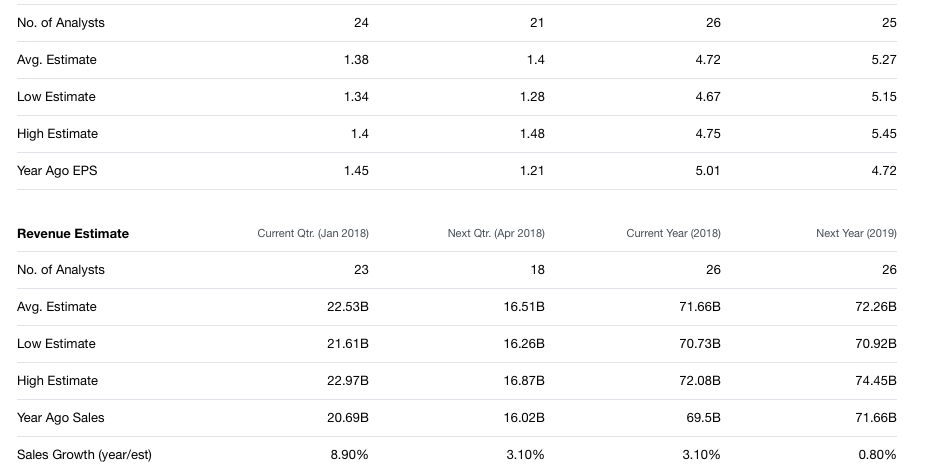 Finom Group’s Seth Golden has owned shares of Target in the Golden Capital Portfolio since $53 a share. He has offered that Target’s management team is typically conservative with guidance, but investors have largely come to expect this in their forecasting. The PE is in-line with its historic valuation at roughly 14X EPS. How management colors FY18 will go a long way toward finding multiple expansion and a share price above $80.

In 2017, Target outlined its willingness and desire to invest roughly $1bn into gross margins, by competing more on price than previously as it also invested in other aspects of its business. The retailer has taken market share in several categories in 2017 including swimwear, baby and home. Grocery remains a challenge for Target, although the retailer did see sequential improvement in the grocery business from Q1-Q3 2017. The company has begun refurbishing stores and growing its smaller format store footprint. Late last year, Target acquired delivery service Shipt for $550 million, showing it was serious about bolstering its supply chain and finding ways to get online orders to shoppers more quickly in certain regions of the country. The news followed Target’s acquisition of transportation company Grand Junction in August.

Retail reporting doesn’t end with Dollar Tree and Target, as Costco will also report in the evening. Also in retail news is the ongoing saga behind the possibility of Nordstrom’s going private. The special committee advising Nordstrom‘s board said Monday it has rejected an initial proposal from the Nordstrom family to take the retailer private for $50 a share as too low. The offer was below Monday’s closing price of about $51.90 a share. The stock fell about 2 percent in after-hours trading Monday, to roughly $50.50 a share.

Bitcoin has come under fire once again and from a renowned Harvard Professor and economist.

“I think bitcoin will be worth a tiny fraction of what it is now, if we’re headed out 10 years from now … I would see $100 as being a lot more likely than $100,000,” said Kenneth Rogoff, a Harvard University professor and former chief economist at the International Monetary Fund.

Speaking in an interview with CNBC on Tuesday, Rogoff said that outside of money laundering and tax evasion, bitcoin’s “actual uses as a transaction vehicle are very small.” There remain polarizing views on the cryptocurrency and even the blockchain technology. In Davos Switzerland Nouriel Roubini said that Blockchain, the technology behind cryptocurrencies, is “one of the most overhyped technologies ever.”

Volatility in the equity market has remained elevated in 2018 and coming off of extremely low levels in 2017.  With persistently dramatic political and economic headlines abound, 2018 may find itself characterized as the year in which “fits and starts” littered the equity market landscape, even though the major averages finished higher. Somewhat of a prediction you might say, but with 2 months in the books, the fits and starts have already been plentiful.