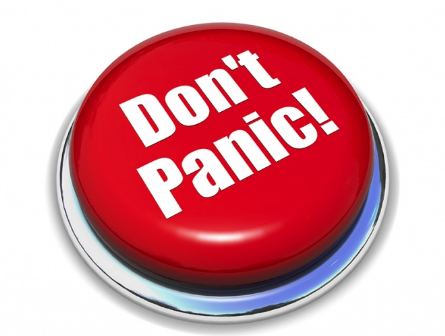 Some lackluster days in the equity markets, roiled to some degree by concerns over the bond yield curve inverting (3-month/10-year), found investor appetite once again.  Equity markets surged on Tuesday, with the benchmark S&P 500 leading its peer indices higher and with a gain of .72% on the trading day.  It was an uneven day-trade for the major indices as the Dow Jones Industrial Average (DJIA) and Nasdaq (NDX) gains were cut in half going into the last half hour of trading and before a very late day surge higher.

With regards to the market’s performance, Finom Group has been specifically following and denoting to clients the consistent underperformance within the financial and banking sector stocks.  “Without financials, rallies tend to fall apart.  Even without being able to pinpoint when a rally will falter, they always do and thus we have to pay attention to the financials, which have taken another leg lower as bond yields have faltered.  Now that the 10-year Treasury has fallen below the Fed Funds rate, this adds another layer of uncertainty to the market near-term.”

The financial sector underperformance is easily identifiable in the following table from Bespoke Investment Group.

Does this mean that investors/traders should take a leap of faith into the financial and banking sector stocks?  While each investor is best to consider capital allocation aligned with their respective risk tolerance, we would suggest doing so using “best in breed” strategic positioning.  With that being said, J.P. Morgan Chase (JPM) may be the instrument of choice, especially given how oversold the bank stock is perceived to be presently.

But even with investor angst in the market pervades under the premise of a late inning economic cycle that suggests weakening global economic conditions, risk appetite has evidently been seeping into the market of late.

FINRA has released new data for margin debt, now available through February. The latest debt level is up 2.25% month-over-month. The February data gives us an additional sense of recent investor behavior.

At the moment and through 2019 to-date, market conditions are stable, but lacking investor conviction.  Recency bias and fears still loom large after the Q4 2018 market downturn and with a global economic slowdown persisting through Q1 2019.  The future outlook for the U.S. economy is a hot button debate that is found with mixed views.  It’s this very subject that finds key figures of the financial community making headlines with their respective commentary.

The United States will not head into a recession this year or in 2020 as long as there’s not a “major policy mistake” from the Federal Reserve, widely followed economist Mohamed El-Erian told CNBC on Tuesday. The “peculiar” technicals in the market have to do with Europe and what’s happening with the Fed, Allianz’s chief economic advisor told “Squawk Box.” “This economy, unless it’s disrupted by a major policy mistake, is on its way to 2.5 to 3 percent growth for this year.”

El-Erian said he was concerned that the Fed last week essentially sidelined itself on interest rate hikes for this year.

“I wouldn’t give up policy optionality so early. There’s lot of uncertainty. It’s not clear how this divergent growth is going to play out.”

Economists see on average a 25 percent chance of a recession within 12 months, according to a Wall Street Journal survey published in January, the highest level since October 2011 and up from just 13 percent last year.

El-Erian, former CEO and co-CIO of Pimco, sees signs that the economy actually has momentum. He said that while President Donald Trump’s 2017 tax stimulus is weakening, business investment is picking up and the labor market is strong.

Credit Suisse’s Global Chief Investment Officer Michael Strobaek also recently spoke on the subject of what the bond market is usually indicating about the economy.  “I have to say I’m a bigger believer of the predictability by the bond market. And they’re signaling either a combination of inflation going much lower and, or, growth going much lower,” he told CNBC’s Nancy Hungerford on Wednesday.

“We’re really going into a slowdown and a recession,” Strobaek said, clarifying that it may not be “right here, right now” — but it could come in 2 to 3 years.

Investors will be found digesting the recession and yield curve inversion rhetoric for the foreseeable future.  While the nearer maturity end of the curve has inverted, the long-end of the curve has yet to do so, this is actually typical.  Most economists pay closest attention to the 2-10yr Treasury relationship. So what are Fed officials saying about the yield curve inversion?

“Chicago Fed president Evans acknowledged investors’ concerns about the recent yield curve inversion and noted the Fed is watching closely, though he suggested structural changes (lower trend growth and lower real interest rates) and the secular (long-term) downtrend in long-term interest rates indicate a flatter yield curve is more natural. Though not dismissive of its importance, he reiterated his confidence in his growth outlook for the U.S. economy (~2%) amid “good” economic fundamentals. Meanwhile, Boston Fed president Bostic, a voting member of the FOMC, opined that increasing the share of (short term) Treasury bills and reducing the duration of the Fed’s holdings more quickly is important so that it can better respond to the next significant downturn.”

With the Fed on hold and having reduced their economic outlook for the U.S. economy in 2019, the bond market may be overreacting to some mixed economic data both domestically and abroad.  But this only answers part of the reason for the flight to bonds, especially U.S. bonds.

As shown in the LPL Financial chart above, the 10-year yield fell the most in a week since June 2016 amid immense buying pressure in U.S. debt, spurred by falling rates in other sovereign debt and negative German bund yields. The search for yield has led investors to where the greatest yield with the least amount of risk can be found, in the United States Treasury market.

“The bond market is sending cautious signals, but we see plenty of evidence that solid U.S. fundamentals are intact even as the global economy struggles with ongoing trade and political risks,” said LPL Research Chief Investment Strategist John Lynch. “We expect U.S. growth to stabilize and inflation to creep higher as the risks subside, which together would likely begin pushing 10-year yields back up toward 3%.”

As the 3mth/10yr Treasury yields have inverted, the 2-10yr Treasury spread has widened. Having widened to nearly an 18 bp spread on Wednesday, we aim to look at the S&P 500’s performance post the first inversion of the 2-10yr. Treasury.

The previous three times that happened the S&P 500 didn’t peak for more than 20 months later and was up an average of more than 30 percent. Also, all 3 times the S&P 500 significantly outperformed the average yearly return.

We could quite literally debate what the yield curve portends for the U.S. economy without end, but to what point given the market will ebb and flow regardless of what it reacts to in the here and now.  It’s with that in mind that Finom Group continues to look for daily opportunities.  Yesterday we found such opportunity in shares of Macy’s (M), which got off to a roaring start at the onset of the trading day. Finom Group’s chief market strategist has outlined the risk and headwinds facing the brick and mortar department store retailer for some time now.  As shares of M moved higher on Tuesday, Finom Group issued a short trade alert depicted below.

The economic data continues to comply with a naturally slowing economy, but one still expanding in 2019.  Tuesday’s economic data releases left something to be desired by both bulls and bears alike, with housing starts falling more than expected.  Construction on new homes, known as housing starts, fell almost 9% in February and remained well below year-ago levels.

Housing starts slowed to an annual pace of 1.16 million, according to a Commerce Department report delayed by the partial government shutdown earlier this year. Economists polled by MarketWatch had forecast a seasonally adjusted 1.21 million rate.

Permits to build new homes, fell a smaller 1.6% to an annual rate of 1.3 million.  In January, the government revised its estimate of new starts to 1.27 million from 1.23 million.

“Builders are still hampered by the three L’s: land, labor and lumber, which means finding zoned land at reasonable prices remains hard, and then building on that land is expensive because of a lack of tradesmen and more costly materials,” said Robert Frick, corporate economist for Navy Federal Credit Union.

If the housing sector data continues to show an up and down patter that proves a murky economic outlook, so has Consumer Confidence surveys of late.  The consumer confidence index dropped to 124.1 from 131.4 in February, the Conference Board said Tuesday. That’s the second lowest rate in a year.

The so-called present situation index sank 12 points 160.6, marking the biggest one-month decline since the middle of the last recession in 2008.  Americans grew less confident in March in the state of business and their ability to find a job, according to a survey of how they felt right now. And with regards to this drop in the jobs index, one of Wall Street’s most prominent bears had this to offer via Twitter (TWTR) on Tuesday:

“Confidence has been somewhat volatile over the past few months, as consumers have had to weather volatility in the financial markets, a partial government shutdown and a very weak February jobs report,” said Lynn Franco, director of economic indicators at board. Despite these dynamics, consumers remain confident that the economy will continue expanding in the near term.  However, the overall trend in confidence has been softening since last summer, pointing to a moderation in economic growth.”

Last but certainly not least and as we aim to wrap up today’s conversation and prose concerning the yield curve, J.P. Morgan’s Marko Kolanovic weighs in with his commentary and analysis.

“Historically, equity markets tended to produce some of the strongest returns in the months and quarters following an inversion. Only after [around] 30 months does the S&P 500 return drop below average,” said Marko Kolanovic, global head of macro quantitative and derivatives research at J.P. Morgan, in a Tuesday note.

In his note, Kolanovic looked at the path markets took after the first instances of a 10-year-3-month inversion in 1978, 1989, 1998 and 2006. He acknowledged that it’s impossible to derive reliable statistics from such a small sample, but said he believed the inversions showed a strong similarity because they are a “result of a specific setup of monetary policy and the economic cycle, and hence are likely to produce a similar response by investors and central bankers.”

In the 6:00 a.m. EST hour and ahead of the opening of trade on Wall Street, equity futures have taken a leg lower, as bond yields have dropped further. The 2-yr and 10-yr Treasury notes are down 8 and 5 bps respectively. Expect another uneven performance for the trading day and as investors attempt to decipher and forecast the future path of the market.