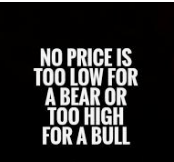 Welcome to this week’s State of the Markets with Wayne Nelson and Seth Golden. Please click the following link to review the SOTM video. Two weeks ago we believed a corrective period would commence due to overbought conditions that were paired with breadth and sentiment extremes. Since then a 3% distribution phase was achieved, but quickly found with new record highs. We’re right back to where we were at that time, but with a looming epidemic that threatens to weaken Q1 2020 GDP globally and may find earnings in the period weaker than otherwise forecasted. The coming weeks may prove volatile in February and as we approach Super Tuesday without a 5% correction having occurred in 117 trading days. We suggest the bull market will carry forward, but not higher in a straight line and not without.

Here are the average correlations and the standard deviations of those numbers back to 1999 using 90-day rolling return data:

Goldman: “ In our view, Powell’s discussion of the coronavirus is consistent with unchanged policy this year, barring a significantly larger and more sustained drag on the domestic economy than envisioned in our baseline.”