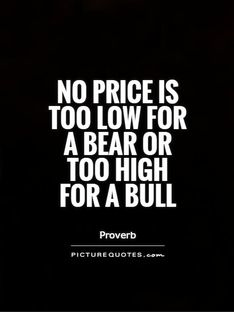 Entering Thursday, U.S. equity Futures are flat to slightly higher as bond yields pull back from yesterday’s headlines in price. After the 10-yr U.S. Treasury touched 2.59% it has pulled back to 2.53% in early morning trade. As the Asian markets traded overnight, headlines surrounding China’s “U.S. bond policy” came into focus. China’s regulators pushed back on the stories claiming the officials in the country may be looking to pare back or halt purchases of U.S. Treasuries, saying that could be no so-called fake news.

So far, it seems that the news from China is politically driven and an indirect message to President Trump who is contemplating trade sanctions against China as a response to the massive trade deficit,” said Hussein Sayed, chief market strategist at FXTM, in a note to clients.

Moreover, as China pushed back against the claims surrounding its bond buying activities, the U.S. Dollar rebounded. The greenback posted the biggest gains against the Canadian dollar, Mexican peso, Euro and the Japanese Yen. For now, the headlines concerning China’s U.S. bond purchase activity are being pushed to the side in favor of more concrete evidence on the nations activity.

European equity markets are mixed in light of weaker than anticipated retail results around the Euro Zone. A number of retail stocks were being punished after trading updates, including Danish jeweler Pandora A/S and Marks & Spencer PLC. Today, Investors will next move to recognize minutes from the ECB monetary policy meeting from 13-14 December, when policy makers held its deposit rate at a record low of negative 0.4 percent. The bank also confirmed its plan to halve its quantitative easing program to €30 billion starting this month and to let it run until the end of September 2018 or “beyond. The minutes are aimed to be released at 8:30 a.m. EST.

Later this morning in U.S. trading, economic data will be released in the way of the latest Weekly Jobless Claims and the Producer Price Index. Both pieces of economic data take a back seat to tomorrow’s Consumer Price Index and Monthly Retail Sales readings.

Retail sales have been stronger in the back half of 2017, buoying the equity markets to some degree as they continue to drive sector rotation from financials and materials to the SPDR S&P Retail ETF (XRT). We’ve seen a host of individual retail names report stronger than anticipated Holiday 2017 sales and subsequently boosting their FY17 outlook. This has also served to boost the performance of the XRT itself through the end of 2017 and into the early trading days of 2018 as depicted in the chart of the XRT below.

UBS recently reiterated its Buy rating on Apple Inc., citing the recently passed Tax Reform bill in its notes to investors. The firm believes the law will free up capital and that Apple will employ a strategy to increase its shareholder friendly return program.

Apple clearly is a beneficiary of overseas cash repatriation,” analyst Steven Milunovich wrote in a note to clients Monday. “Repatriation of ~$250bn of offshore cash should increase the rate of Apple’s share buybacks since the company believes the stock remains attractive in that its services business is undervalued.

Target Corp. was upgraded to Positive from Neutral at Susquehanna Financial Group now that analysts see accelerating earnings growth following a period of investments in digital and private label brands. The firm moved their price target to $84 from $54. Analysts led by Bill Dreher see earnings-per-share growth at a double-digit rate for fiscal 2018. Analysts believed for a year that exclusive brands where it’s not facing “dramatic competitive pressure” were the retailer’s “biggest opportunity” and a way to differentiate itself from the competition. Target has been taking market share in several categories in 2017 and more recently in the swimwear category where Macy’s, a competitor, has exited the category altogether.

Bitcoin is under pressure…again. But that could easily read, “Bitcoin is surging…again” by tomorrow. Bitcoin came under intense selling pressure on Thursday, as did Ripple and Ether coins, after reports that South Korean plans to ban all cryptocurrency trading.

There are great concerns regarding virtual currencies and justice ministry is basically preparing a bill to ban cryptocurrency trading through exchanges,” South Korea’s Minister of Justice Park Sang-Ki said at a press conference Thursday, according to the ministry’s office, Reuters reported.

Shares of Boston Scientific Corp. rose 1.7% in premarket trade Thursday, after the company said the U.S. Food and Drug Administration has approved its Spectra WaveWriter spinal cord simulator system, a non-opioid treatment for chronic pain. “It is the first and only system approved by the FDA to simultaneously provide paresthesia-based and sub-perception therapy,” the company said in a statement.

Equity markets are largely continuing the theme of complacency in 2018 after finding the average VIX reading in 2017 to be roughly 11% and well below the historic mean average of near 20. While pundits might denote or depict the low levels of volatility in the market as signs of over exuberance, the earnings cycle and history of earnings cycles validate trends in the market and VIX readings.  The current VIX reading is 9.70 and down roughly 1 percent. VIX term structure remains in contango and contango costs remain elevated for long-term holders of UVXY and VXX. The current reading on contango is just below 10 percent. M1 VIX Futures are slightly lower with the roll yield at 1.10. M2 VIX Futures are slightly lower in the early morning hours as well. VIX Futures expire and roll forward on January 17, 2018. The expectation for VIX-ETPs such as VXX, UVXY, VIXY, VMAX and VIXY are to experience further decay in value barring any disruptions in the market place that would express itself in heightened levels of volatility.